This Forum is for scientific, medical, pathological, environmental, etc. discussions.
Rules are different for this forum, be sure to read through them inside.
Forum rules
The rules for this forum are different from all the others on this site.
1) Questions regarding sick skinks do not belong here.
2) If you are not sure if your topic is OK here, post it in the General Discussion forum; a moderator can then move it here if appropriate.
3) This forum is for advanced discussions, such as scientific, medical, reproductive, pathological, environmental, etc.
4) PROOF, FACT, and BACK IT UP are three things to keep in mind when posting.
5) Comments need to add to the discussion. “Good job”, “I agree”, or “Nice skink” etc, do not add to the discussion and are not allowed here. If stating an opinion, back it up with what experiences have led to that opinion.
6) The 3 month rule is not in effect; you may post on any thread no matter how old it is.
Post Reply
21 posts

I am hoping the Australians on here will feel especially generous and post pictures to help start a locale thread. I'd love to get a collection of photos and an associated name of an area so we can get a better idea of the 'look' of various locales and where they are found. Any species would be great.

Thanks in advance to anyone who contributes!! 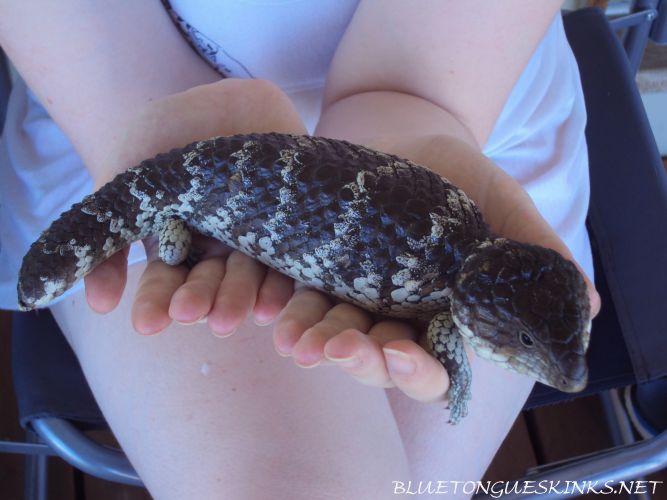 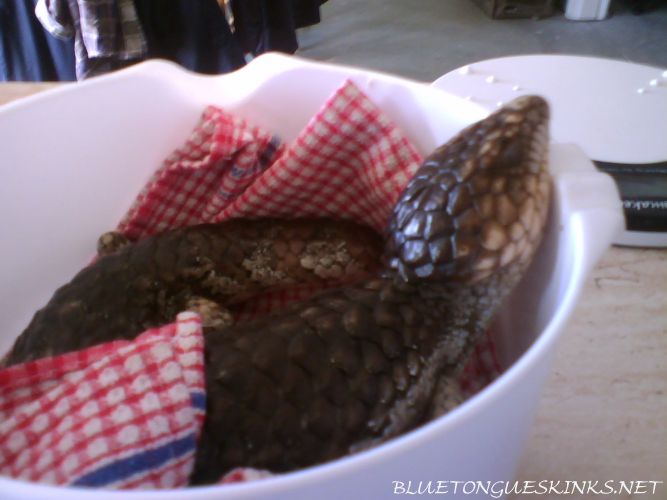 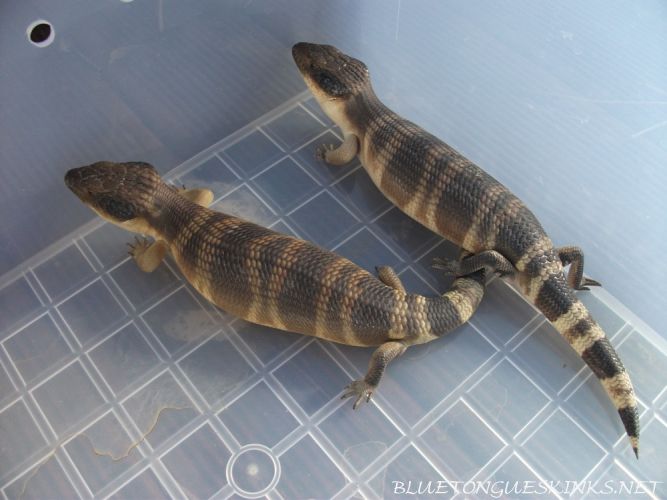 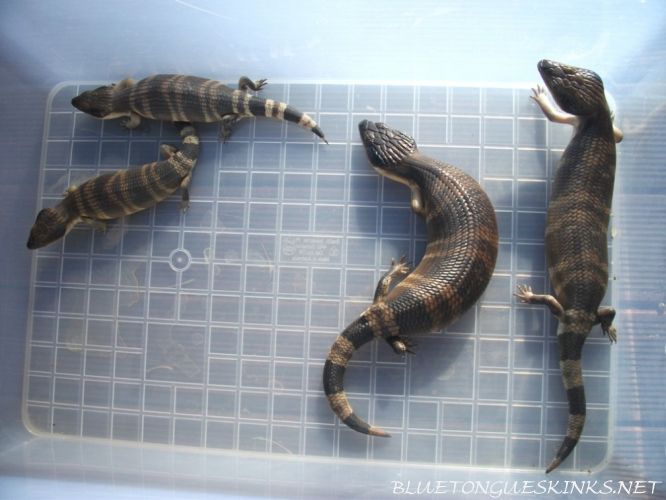 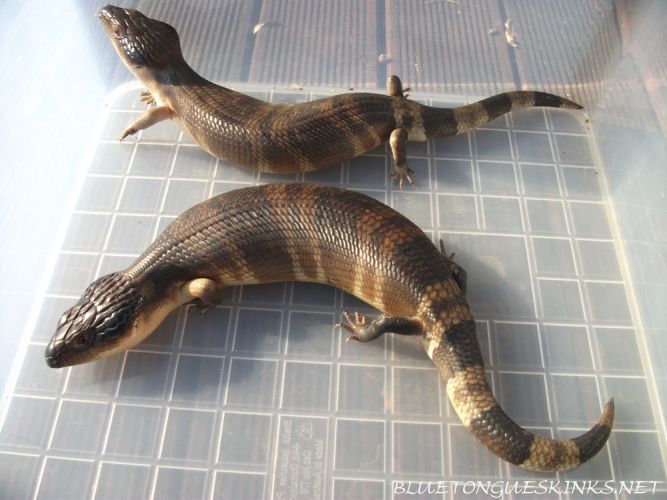 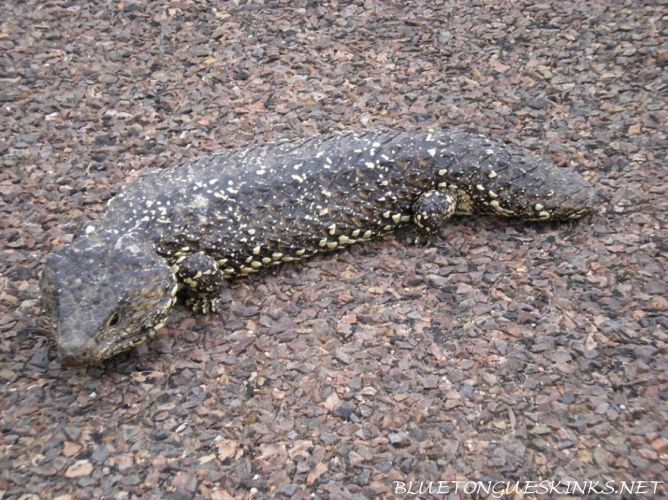 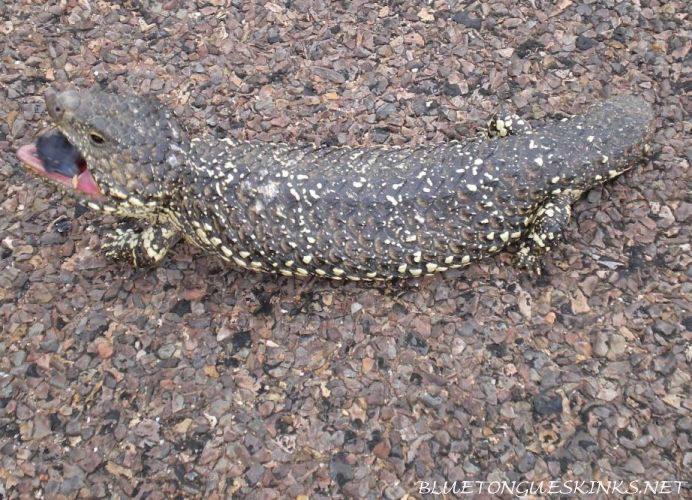 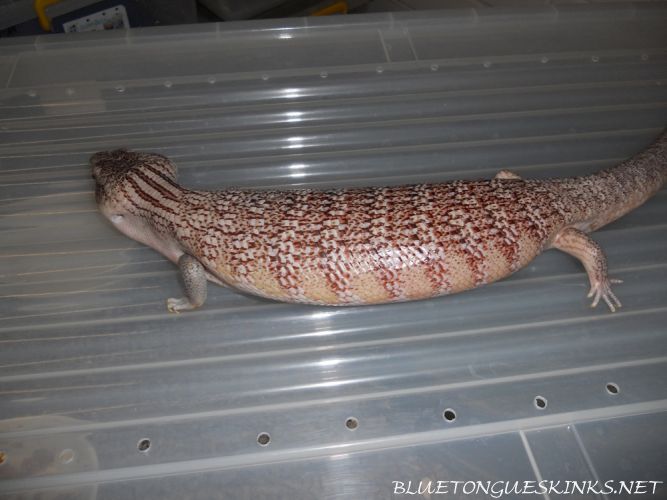 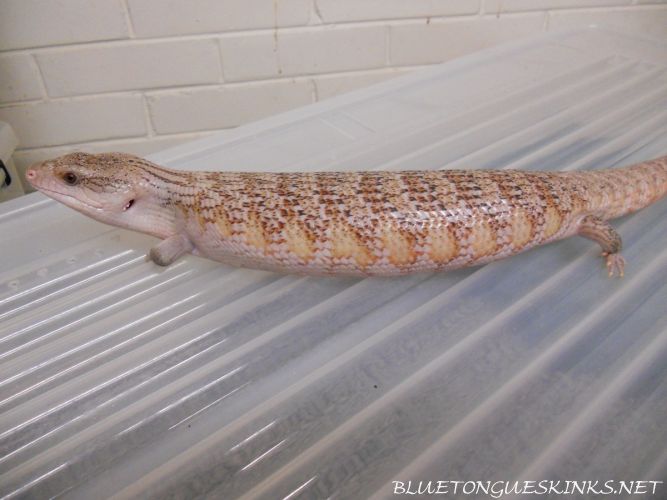 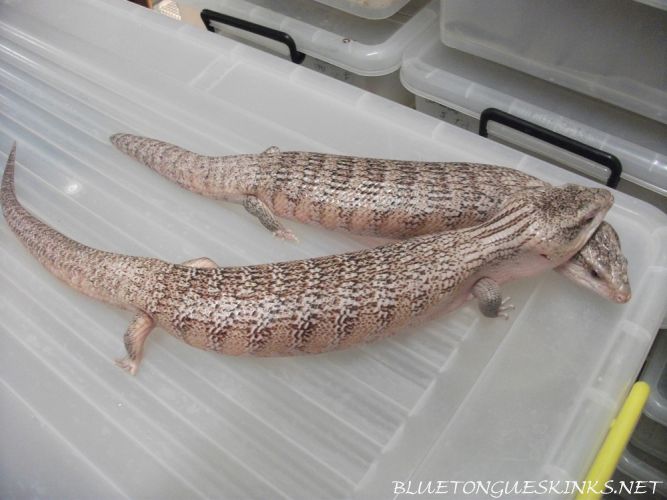 The above pic , both animals are in slough

wow, those kimberlys are amazing. I wish australia would open its borders for exporting

I would love to have a pair of these. You have some gorgoues animals Rory

Sorry I cut out his nose, he was moving too fast

And a Wembley, Perth, Western Aus area Shingle ( Im not sure if that classifies as coastal or hills form...)

Welcome Rory-I enjoyed your pictures in chat. I bet others will get a kick out of your other(albeit baby) Northerns.

What is interesting to me is that Kimberley blueys seem to have particularly high bandcount. 9-12 yellow flares on the side of those ones in that case! The most I've seen here in the US is 8-9, seems like the average is about 7. I think I've seen one or two with only 6. Maybe the further North you go the lower bandcount gets? Reason why I noticed this is because my Northern is rather interesting in having two bands that come back together at the bottom so it seems he only has 5-6 portholes on his sides, but looking at the bottom edge you realize one is actually 2 fused together.
Top

Critterguy , I have never given the number of bands any thought. Like most Australians , I have been guilty of taking Blue Tongues for granted , and have only rediscovered the "joys" of keeping Blueys in the last five years or so . Always been more of a Python and Elapid keeper . As such , in the Aussie herp scene , it is very hard to acquire known locality Blueys as it is illegal to collect from the wild in most cases .

Having said this , a good mate who refuses to own a computer has managed to accumulate some Northern blue Tongues of known locality . The pictures you refer to were some of the young he produced in our last breeding season . I managed to lever a few out of his collection 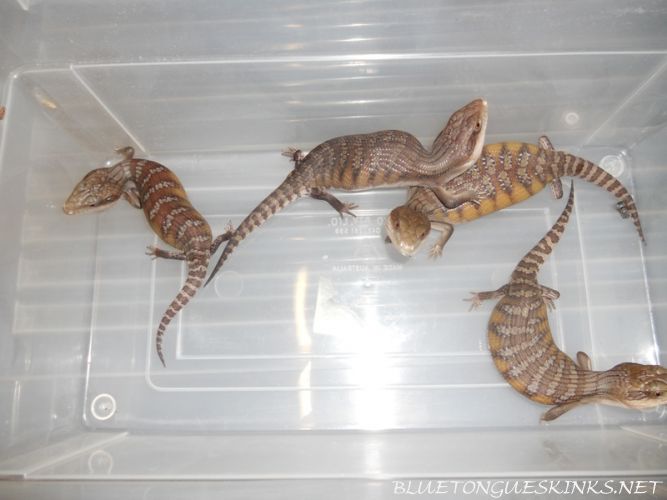 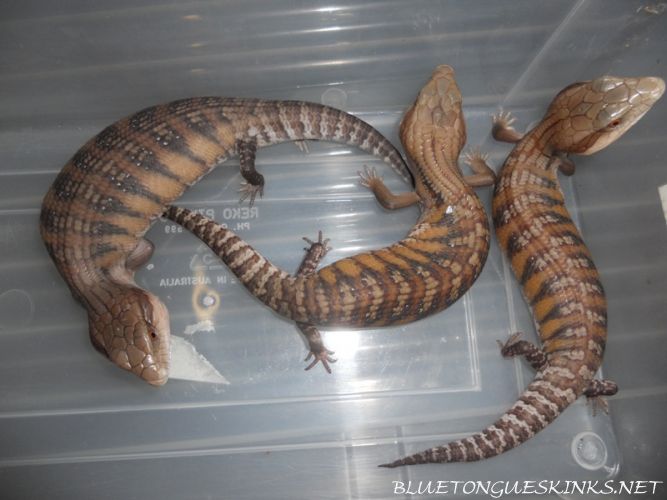 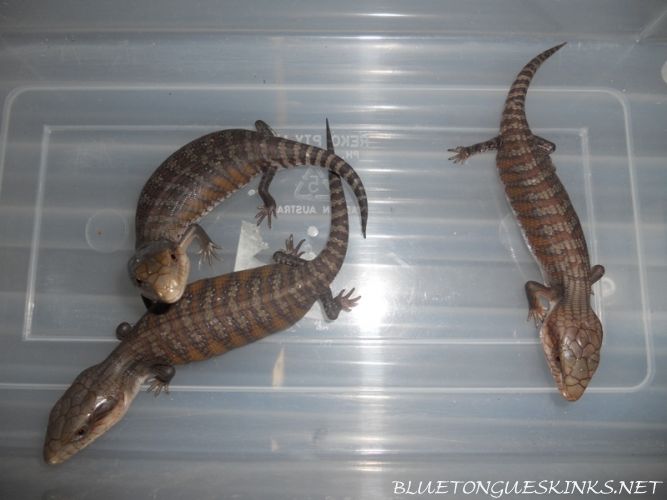 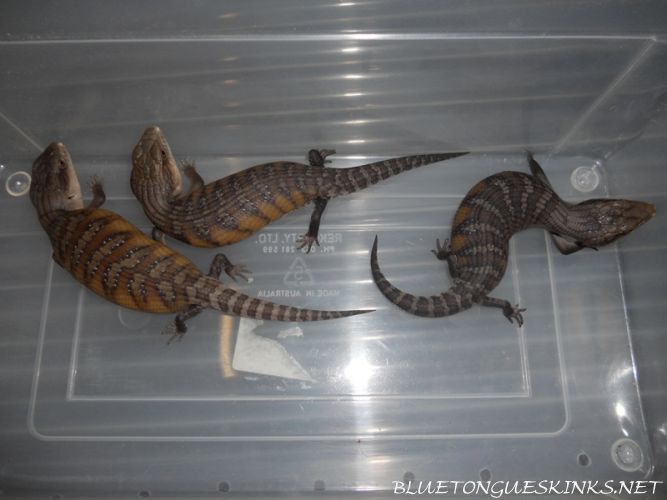 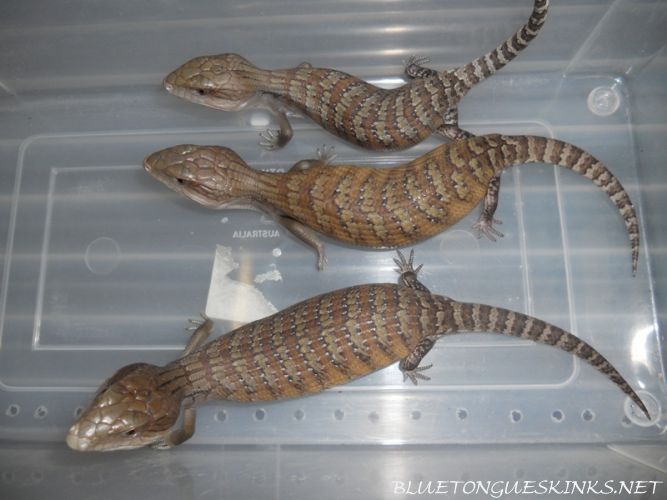 Kimberleys ( not quite sure exactly where , the Kimberleys is a very large area )

Next time I visit his collection I will endeavour to get some pictures of the parents . Also I will get around to taking some updated shots of these young too .This coming breeding season will have some more locales coming online aswell.

Pictures are more like happy snaps than overhead shots for identification but she is representative of Tiliqua nigrolutea living in the upper Blue Mountains of N.S.W. Australia. 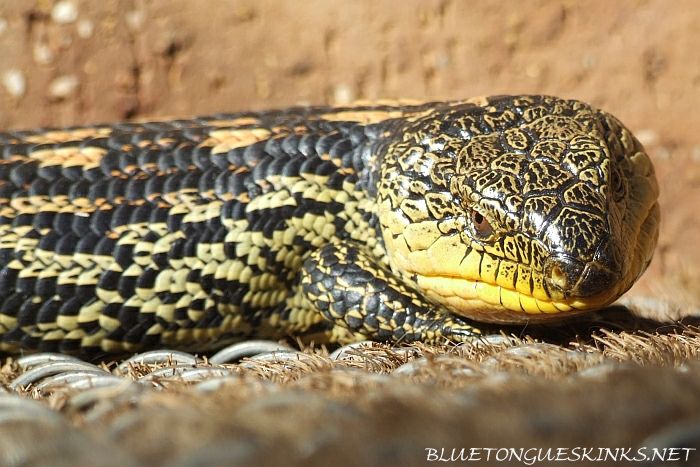 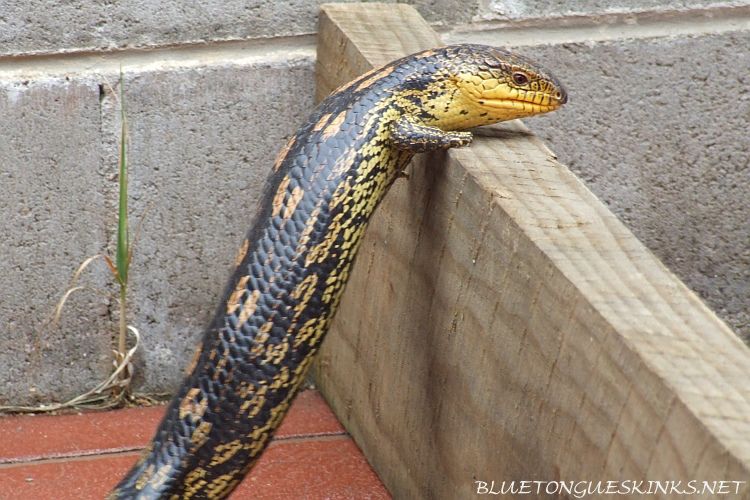 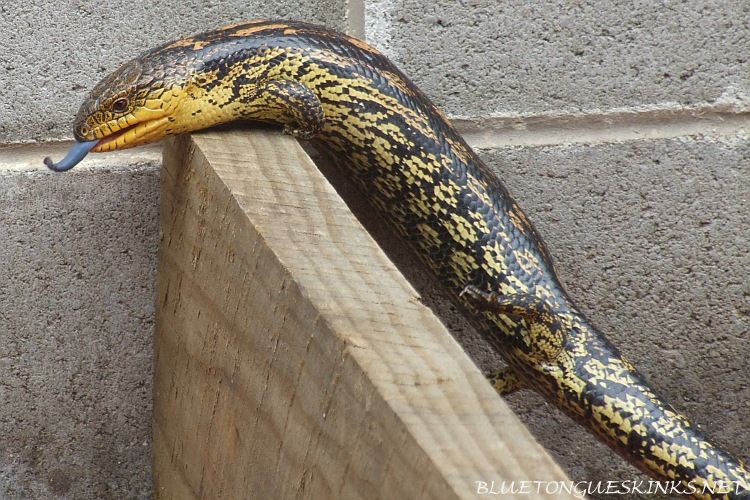 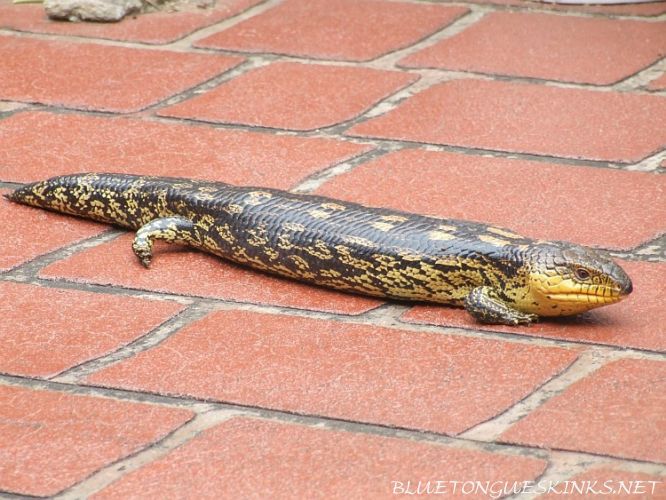 There are 10 kinds of people in the world; those who understand binary and those who do not.
Top

There's definitely some reptiles at my house
Top 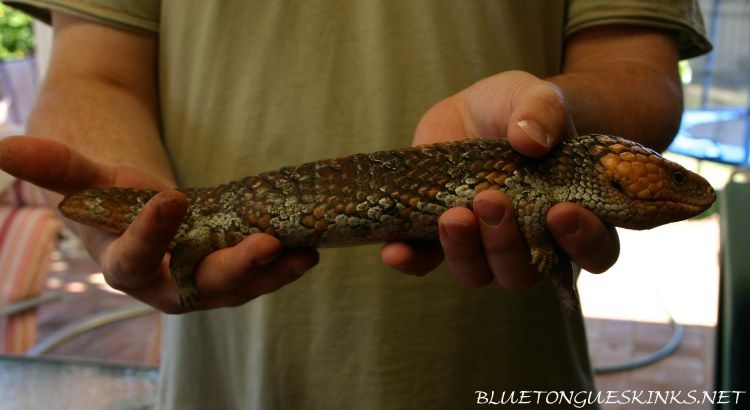 This is another one I found only recently on a track near us. This one was at Pickering Brook (not far from Kalamunda). 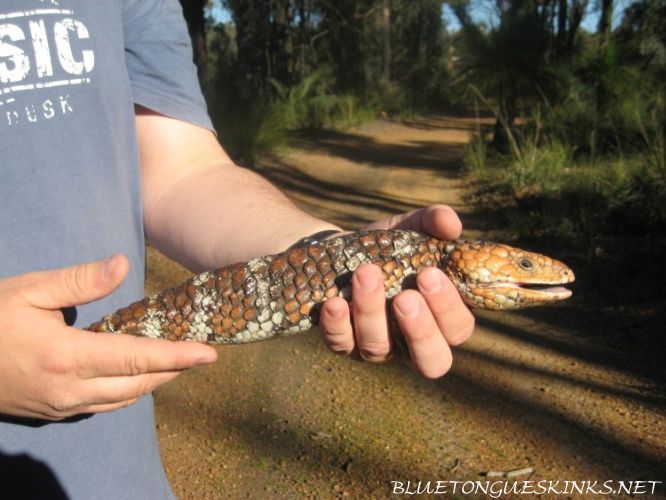 On holidays in Victoria, seen a couple of Blueys on the first day there. An Eastern and a Blotched living within a kilometre of each other.
Both are from the Torquay area .
You do not have the required permissions to view the files attached to this post.
Top

That is one *GORGEOUS* Eastern!
Do not go where the path may lead, go instead where there is no path and leave a trail.
-Alie-

This is a great, and very educational, thread! Thanks to all of you that are participating and sharing your experiential knowledge of these locales. One thing that would also be interesting/helpful to see would be a "landscape" picture of the surrounding area as well...just to get an idea of at least a very specific area of the environment there...

If anyone happens to have "wide angle" pictures or landscape type pics of the area around where the skinks were found, that would be wonderful to see as well.

And for Jasjmm, heres a random assortement of landscape photos of locations where I have found mainly shingles -

There's definitely some reptiles at my house
Top

Nae wrote:And for Jasjmm, heres a random assortement of landscape photos of locations where I have found mainly shingles -

These are EXACTLY what I was hoping to see more of...the Aspera really seem to be so different throughout Oz and knowing where some of these "types" come from is great...even though it may just be a fact that they all vary great anyway...