Feel free to post pictures, information, articles or anything else related to other skink species.
Forum rules
Topics may be anything to do with other skink species, keeping within the forum rules. Topics related to other lizard species, apart from skinks, are not permitted, but these can still be posted on the general off topic forum.
Post Reply
4 posts • Page 1 of 1

Corucia zebrata also known as the Prehensile Tailed Skink or Monkey Tailed Skink. The Prehensile Tailed Skink is the largest known species of skink in the world, measuring in at over 24+ inches, with many attaining sizes over 30 inches. The species is endemic to the rainforests of the Solomon Islands in the South Pacific and is often found high in the deep tree canopies. While once common in the pet trade, they have not been exported from the Solomon Islands since the early 1990's. This coupled with their low reproduction rate has made this species increasingly difficult to find in captivity and the few that are offered usually command high prices, in excess of $1000. This is one of the few species of reptile that thrive living in communal groups. Newborn skinks will also be raised within this circulus until they reach adulthood when they will go off to form their own family group. This skink is also one of the few in its species that is strictly herbivorous, often consuming the Pothos plant. Its tail is fully prehensile, often wrapping around branches or the handlers arm, to aid it in climbing. In captivity, this species requires a large arboreal style enclosure, 4'L x 2'W x 4'H usually recommended as the minimum size, with temperatures in the mid 80's, humidity at 70% and up, and plenty of climbing branches and foliage.
20180503_150319.jpg
20180414_113205.jpg
20171106_211245.jpg
20171107_100225.jpg
20171107_161828.jpg
You do not have the required permissions to view the files attached to this post.
https://www.facebook.com/Blues-Brothers ... 870974859/
Top

Tribolonotus novaeguineae, commonly known as the White Eyed Crocodile Skink, spiny skink, and helmet skink. Closely related but not to be confused with the more popular Red Eyed Crocodile Skink (Tribolonotus gracilis). Both species are becoming more popular and common in captivity since being introduced to the pet trade in the 1990's. They are commonly found in the same ranges as some species of Blue Tongue Skinks in Irian Jaya and Papua New Guinea. They are seldomly seen as they prefer to hide under forest debris and in soil near water. They frequently will submerge in shallow puddles and other bodies of water and being crepuscular, are most active at dawn and dusk. They notably thrive at much cooler temperatures, and prefer a range of 73 to 81 degrees during the day with humidity levels above 70%. Primarily insectivores, these guys max out at about
10 centimeters and are noted for being one of the few reptiles capable of vocalizing when in distress. Here is a link showing this vocalization: https://m.youtube.com/watch?v=hizMasgR2ew
20180912_103913.jpg
20180912_103856.jpg
20180909_130010.jpg
You do not have the required permissions to view the files attached to this post.
https://www.facebook.com/Blues-Brothers ... 870974859/
Top 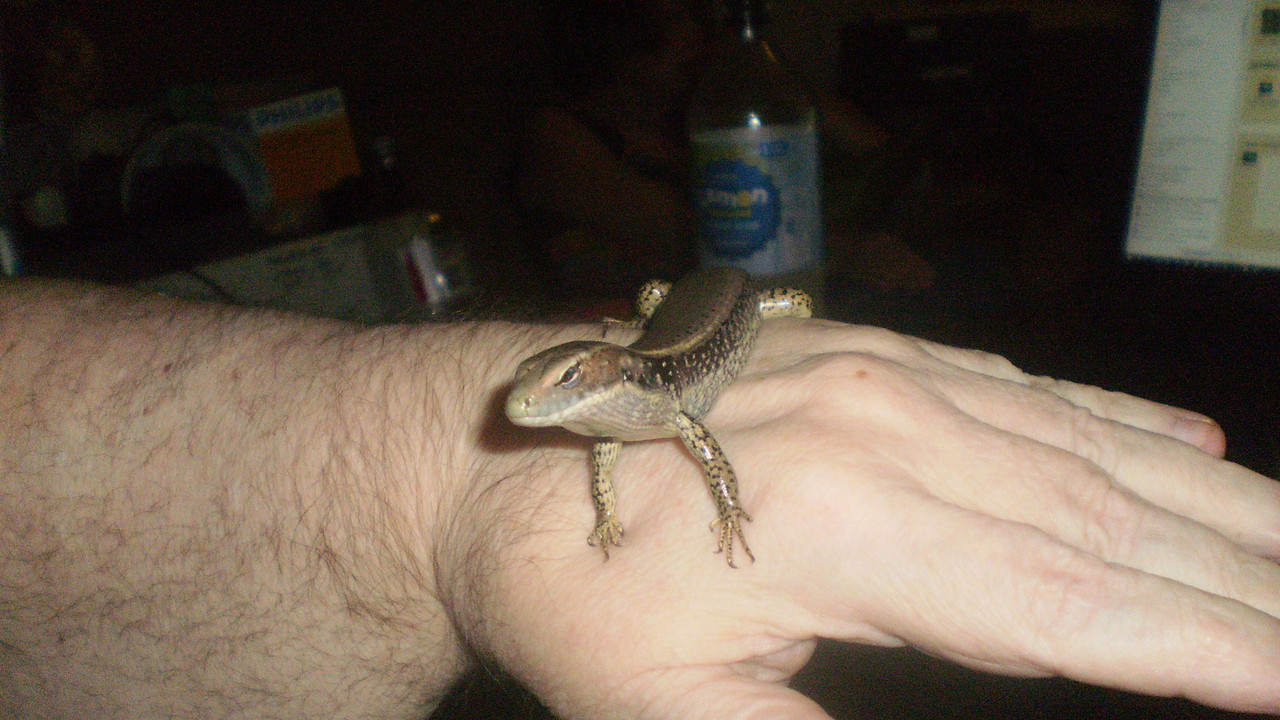 This is one of the skinks that often comes inside the house . This is the skink I've named Gutzy.
Top
Post Reply
4 posts • Page 1 of 1